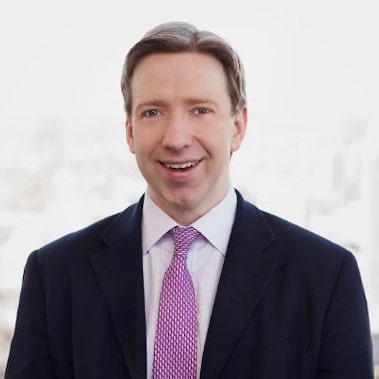 Rob Cunjak has 25 years of business experience ranging from investment management to capital markets to strategy consulting. He joined Tangent Capital in March 2021. At Tangent, he is focusing on raising debt and equity capital for corporate issuers across industries in a variety of situations including early-stage ventures, growth equity, acquisition financings and recapitalizations. In addition, he is focusing on private placements for institutional managers across asset classes and real estate transactions. Over the years, Rob has developed a strong network of relationships across the institutional investor spectrum, such as alternative investment managers, endowments, foundations and family offices, among others, which he relies upon for creating capital solutions for clients.

Prior to joining Tangent Capital, Rob was a Managing Partner at Wren Capital, where he helped real estate and credit managers raise capital. Before Wren, he served in a variety of roles at Sankaty Advisors (now Bain Capital Credit) until his departure at the end of 2015: Managing Director (from January 2011), Portfolio Manager (from August 2010) and Head of Sankaty’s Energy Team (from 2009). Besides energy, Rob invested in the following sectors during his career at Sankaty: food and beverage, retail, gaming, healthcare, environmental services and power. He invested across the capital structure and all Sankaty mandates including special situations (rescue financings, distressed, restructurings, public and private equity), direct lending, managed accounts and CLOs. He and his team invested billions of dollars and evaluated hundreds of syndicated and bespoke opportunities. They also built an extensive industry network which resulted in strong diligence and sourcing capabilities.

In addition to his investment responsibilities, Rob was Co-Head of Sankaty’s Global Industry Research Team from 2009 through early 2014. In this role, he was responsible for team development, performance reviews, staffing, compensation and other key matters. Rob also assisted in the fundraising process for various Sankaty funds and accounts.

He was on the board of EnVen Energy Corporation and, prior to that, its predecessor, EnVen Energy Ventures from July 2014 to December 2016. Before joining Sankaty in September 1999, Rob was a Senior Associate Consultant at Bain & Co. which he joined in 1996.

Rob graduated with an MBA from Harvard Business School in 2003 and a BA from Cornell University in 1996. He currently holds FINRA licenses Series 63 and 82.